Introducing a very special version of the Blade 104. It’s called the Blade SW104 Autograph Countervail and it was made for one of the game’s greatest legends – Serena Williams. With an extended length of 28 inches, this racquet not only gives you extra reach, but it will allow you to attack the ball with lethal momentum. Factor in the lively 104in² headsize and the result is massive power on full swings. There’s also an impressive level of control thanks to the dense 18×19 string pattern, a fact that should enable aggressive players to swing bigger and fully exploit this racquet’s mass. To help with comfort, Wilson constructs this stick with Countervail, which is a uniquely flexible carbon layer designed to filter out harsh impact vibrations. Wilson also gives the SW104 Power Holes, which enables the string bed to soak up additional shock and transfer more power to the outgoing shot. From the baseline Serene’s racquet is a power player’s dream. With its high swingweight it requires solid mechanics, but those who can swing it fast will be rewarded with devastating power. It’s also extremely stable, making it great for redirecrecting your opponent’s pace. The stability also helps on service returns where this racquet feels rock solid against big first serves. At net this racquet does not get pushed around, and here’s also some serious pop available on overheads. Finally, the extended length on serves translates into very easy net clearance and MASSIVE power. With the Blade SW104 Autograph Countervail, Wilson has created a stable and precise weapon that will allow experienced players to impose their will with some very heavy shots. 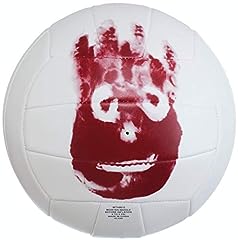 CASTAWAY OFFICIAL: Replica version of the “Mr. Wilson” AVP Cast Away volleyball from the iconic film. OFFICIAL SIZE & WEIGHT: The size & weight used at the pro level, ideal for ages 13 and up. DURABLE CONSTRUCTION: Durable, 18-panel machine-sewn cons... (as of November 28, 2020 - More infoProduct prices and availability are accurate as of the date/time indicated and are subject to change. Any price and availability information displayed on [relevant Amazon Site(s), as applicable] at the time of purchase will apply to the purchase of this product.)

(8190)
Football is a game of will. Take hold of the game with the NFL Supergrip. Made with a high-performance composite material, this football offers the ideal blend of durability Official Size Football NFI branded Super grip composite cover for a premium ... (as of November 28, 2020 - More infoProduct prices and availability are accurate as of the date/time indicated and are subject to change. Any price and availability information displayed on [relevant Amazon Site(s), as applicable] at the time of purchase will apply to the purchase of this product.) 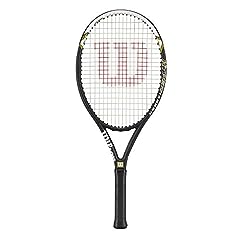 Power frame for players with short, compact swings Hammer Technology creates a larger sweet spot for more power and forgiveness Head-heavy balance increases stability and momentum in a lighter frame Oversize head generates impressive power and added ... (as of November 28, 2020 - More infoProduct prices and availability are accurate as of the date/time indicated and are subject to change. Any price and availability information displayed on [relevant Amazon Site(s), as applicable] at the time of purchase will apply to the purchase of this product.) 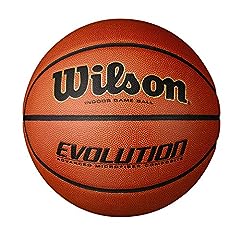 When you focus on getting better, and not just on getting results, success takes care of itself. That is why the Wilson Evolution Game Ball is the preferred basketball in high schools across the country. The number 1 indoor ball: The Evolution is the... (as of November 28, 2020 - More infoProduct prices and availability are accurate as of the date/time indicated and are subject to change. Any price and availability information displayed on [relevant Amazon Site(s), as applicable] at the time of purchase will apply to the purchase of this product.)

This is racket is similar a babolat pure drive tour or pure aero? Great video guys. Sorry for my english.

what are the glamour shoes Michelle was wearing I am an 11 in women’s shoes and wpuld totally wear them…haha no judgment please.

I currently use Head Graphene XT Speed MP A, do you think changing to this racket would be a drastic change, or are they similar?

Mark or Andy, could you compare the stickiness of the Nitro Pro vs the Resolution 6?

Thanks for the review . Weight is 323 gr and swing weight is 341 , how can it be ??!! ( chris said , swing weight is the weight between top of our hand on the handle and the head of the racket )

Does this come in a 1/2 grip? When will you be getting it if it does?

Lol i heard Michelle laughing when she said “and that extra inch was something I enjoyed as well”..

How do you think this racket compares to the Pure Drive Roddick Plus in terms of power and comfort?

When will this be available to demo?

This racket sounds like a beast! Will have to give it a demo 🙂

Is this an arm-friendly racquet?

Jesus Christ, how did they manage such a beefy swingweight on such a light racquet?

Hi! What are the feeling and gameplay differences between this blade 104 SW autograph and a blade 98? thanks!

When will you guys have that Luxilon dampener for sale?

is that the luxilon dampener?

How would a switch from the Wilson Ultra 100 be to this one, the Wilson Blade SW104 autograph? I’ve also played with the 2015 Blade 104 before, but how big of a change would that be??

Hi! what is the main difference between SW104 and Babolat Pure Aero Plus?

could you compare this to the yonex sv 100. What are the differences. Love the vid

Quick Question: I know this one has the new CV technology. What about the new regular Blade 104? Similar paint job, but does it also have CV? Thinking about getting one…

Can I know which green lime strings is that on the racket please?:)

You know that the specs in the video don’t tally with the specs on your product page?

That’s a mouthful of a name…..

How many Wilson autograph rackets are there as far as I know only this and the rf am I missing something?

Hi TW
Would you recommend this racket for a beginner player?

Michelle: “Bit larger of a head and that extra inch was something fun and enjoyed as well” *giggle*

@TennisWarehouse, is it better to customise normal blade 104 to around 11.5 ounces or is this better to play easily on the ball? Andy? Michelle?
Thanks
Jay

How is this racket for one-handed backhands? Also, what is the feel like? Is it dead, muted, or soft?

I got to play it before the release.But can’t find it in Hong Kong stores.

How does the playsight system measure accuracy?